Security Shutters
Any Shape, Any Size, Any Time
Custom shutters are built to your specifications

Rolldown security grilles are security systems that have gained the most popularity for retail and commercial protection.

By using the unobtrusive grille system, a property is able to become secured overnight and allow shoppers to view merchandise after hours. Display windows and entryways remain inviting and enticing as compared to a storefront with solid shutters or bulky iron gates.

Equally important, our grilles feature safety and aesthetic advantages over other systems: 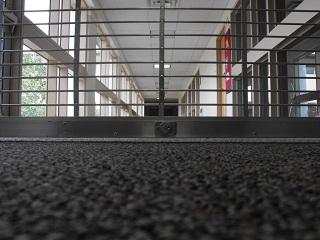 Many cities are modifying their building codes to increase appearance in downtown areas and preserve architectural character of their buildings by banning solid rolldown shutters.  However, the use of sliding or rolldown grilles would still be permitted due to their openness factor.  In fact, the New York Times recently published an article regarding a bill from the Public Safety Committee that stated "after July 1, 2011, any rolldown gate that is being replaced must be replaced with a gate that allows at least 70 percent of the covered area to be visible." "This bill not only helps first responders when they are called to protect our businesses, but it carries the additional benefit of beautifying our city's landscape".  Cities and business owners taking these measures will help maintain a comfortable appearance and preserve the economic well-being of shopping districts in many areas.

Become a dealer
Become one of a factory trained dealers selling shutters and screens all over USA, Canada and Caribbean
Find a dealer near you
Check out more than one hundred dealers over 30 states
Contact Us
Fill out the form and let us know how we can help